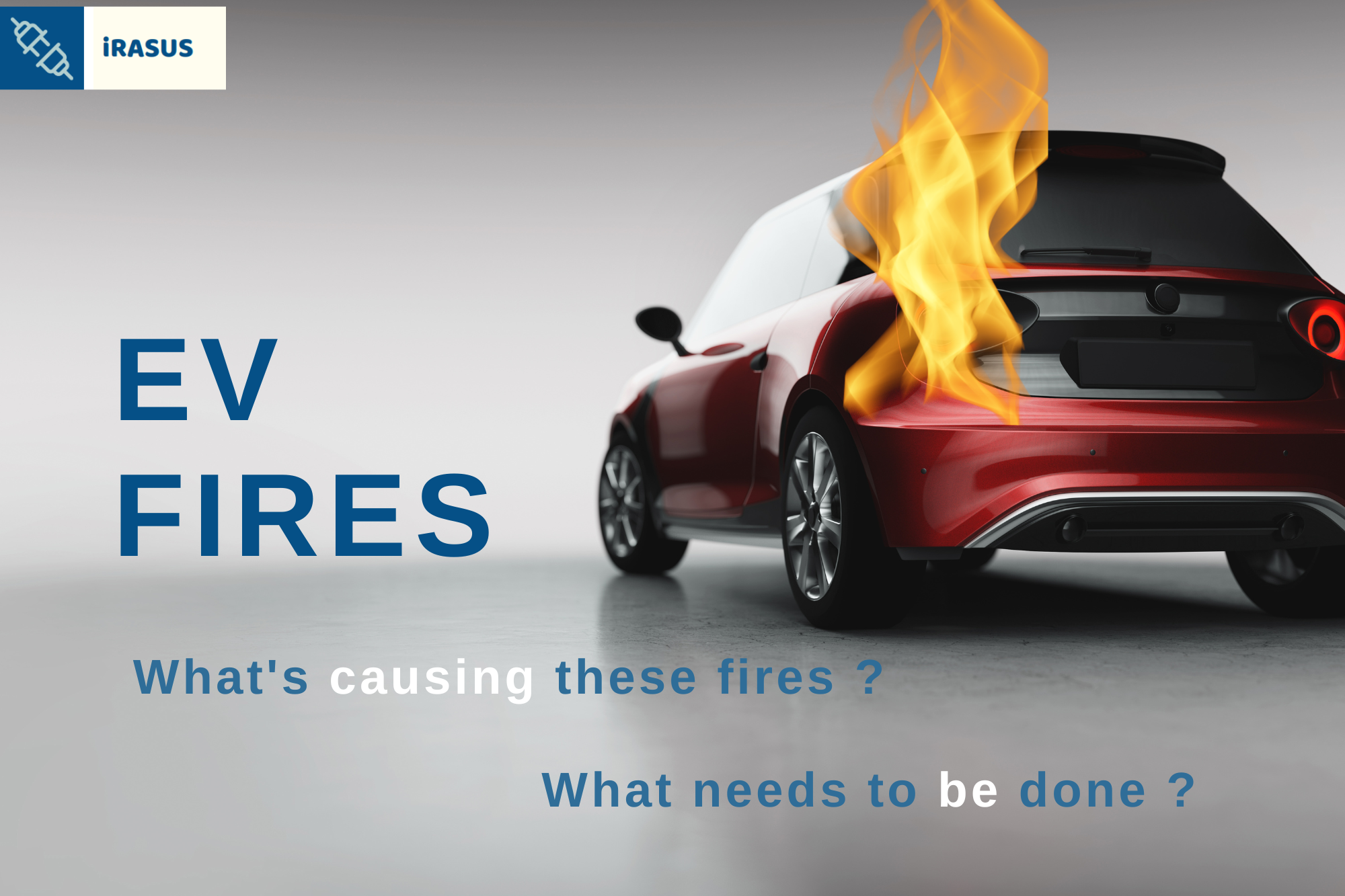 The growing trend of electric cars has been given a black eye these days because of the recent battery fires. While no one been hurt, the incidents have raised concerns about the safety of electric vehicles with lithium ion batteries in them. The question is were there any warning signs, and could these problems have been prevented? You might be asking yourself what the top reasons are for these batteries catching fire. Read on to learn why ?

The most common type of electric car is powered by lithium ion batteries, which store large amounts of energy but also have a tendency to catch fire when they’re damaged or improperly disposed of. The chemistry behind lithium-ion fires is complicated but basically, when the batteries charge too quickly or get too hot they release oxygen that causes them to ignite. The fire caused by lithium ion batteries is so dangerous that firefighters cannot extinguish a burning electric vehicle using water. They have to use carbon dioxide or another non-flammable substance instead.

The Chemistry Behind the Fire

The problem is due to the reactions that take place within the battery. The lithium ions move back and forth between the anode and cathode, and when it is charged, electrons travel through the circuit. These electrons can collide with oxygen molecules and then cause a chain reaction that produces heat and ultimately leads to ignition.

Let’s take a look on why electric vehicles catch fire.

When batteries get too hot they can start to emit smoke, which may be visible if vents are blocked or there’s an insufficient supply of air. This is a fire risk even when batteries aren’t being charged, but it’s particularly dangerous when they are being charged because there’s more heat involved.

The thermal runway could be well caused by 2 major reasons:

B. Change in Surround Environment:

Besides the temperature generated by the battery itself, external temperature conditions should also be taken into account. Indeed, cold, heat and even humidity can be problematic for the functioning of electric vehicle batteries. heat conduction to adjacent cells, cooling strategies and cooling power of the module or pack are also to be properly addressed to mitigate battery fires. Lets look on some temperature concerns

So, how do we prevent these battery fire in our Electric Vehicles

There are several ways to prevent lithium-ion batteries from catching fire. But on a broader level we can look at 4 major ways to create a safe EV ecosystem.

The BMS is currently the most widely used mechanism through which failure is detected in battery applications. A BMS relies on the built-in voltage and temperature sensors to monitor the state of a battery. However, many pack designers and manufacturing industries are concerned about the reliability of the BMS. For example, the internal cell temperature is the most direct measure of a cell entering thermal runaway, significant time lag can occur between recording the temperature rising in the middle of the cell and temperature rising on the surface A surface sensor would show a statistically significant temperature rise when the rate of temperature rise is already too large, and thermal runaway is inevitable. It’s imperative to apply AI & digital twin (virtual twin) based battery analytics modelling to study these changes and inform users at real time, which firms like iRasus is already providing to the industry.

Suppression is a fundamental protection layer if the preventative measures fail. There are four suppression approaches for fires: smothering, cooling, chemical suppression, or isolating the fire.

The bottom line is that lithium-ion batteries are really good at storing energy, but they’re also susceptible to some fires if they’re damaged or disposed of improperly. Fortunately, newer electric car battery technology is safer, and the number of incidents is decreasing. But the fact that these incidents do occur means that we should do everything possible to prevent them from happening and implement best use practices.

Electric vehicles have taken off, what about recycling of their batteries ?